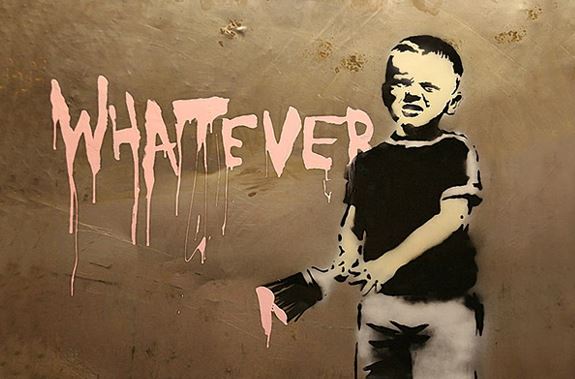 I am deep into the Rio Olympics now and getting my four yearly fix of 10 metre air pistol, fathoming out how fencing scoring works, and becoming an expert at judging over-rotated diving pool entries. The variety, the intricacies, crazy techno-language, new rules, new sports… it’s great. What I also love is that The Olympics gives me a superb opportunity to exercise my “grump muscle”. I like a grump now and then… it’s a bit like scratching an itch… and most of mine revolve around the tosh and nonsense that sportsmen and women are prepared to do, or habitually do, as part of their sport. You know, stuff that really annoys you. Constantly. You probably share some of my itches… we have just had Wimbledon and there is a classic example there… the bloody towel thing, that wipey wipey facey every 10 seconds and chuck it back at the ball girl thing. First off, when did that start; I don’t want your sweaty towel lobbed at me; say thanks every time (this is England); and I wouldn’t get that sweaty in a Turkish Bath so how come you as a pro sportsman get a glow on just twiddling your racket and endlessly bouncing your balls (another itch). Grrrr.

Its at this point in my rant that I am obliged to divulge that having worked closely with athletes and sports psychologists, I absolutely understand the role that the something like a towel wipe plays in this scenario as a mechanism for reflection, zone triggering, pacing and re-starting a game process. Its not about the towel, the towel is just a tool. But sorry, you didn’t say “thank you”, and that tipped me over the edge.

Back to The Olympics, and we have some huge grump opportunities. I have some old classics like the multiple layers of heavily branded clothing that athletes wear before they line up for a race. There used to be a wee plastic box behind the blocks for your tracksuit. These days there is a “volunteer” with a huge clothes basket ready to accept layer, after layer, after bloody layer. Track suit bottoms AND tights… I mean come on, I wear less layers going Baltic cod fishing.

And then there is this:-

No not Tom Daley (well yes… a bit). Not his lack of fabric and glaringly obvious left sided carriage. But those bloody micro towels that divers carry around patting themselves with constantly. Stupid tiddly squares of pointlessness that they chuck about and get handed by yet more towel assistants… and don’t mention the jacuzzi, then a shower, then more self body worship with yet another “mu mu”. STOP IT.

Well this morning I breakfast-browsed BBC Sport for some Rio news and severely strained my grump muscle… a full on spasm upsetting my muesli rhythm, accompanied by expletives and huffs, and some wife badgering (grumps have to be shared). Something proper annoyed me to be honest. So much so I have decided to extend my sharing to a wider audience.

Certain things exasperate me in sport and training. Like these: 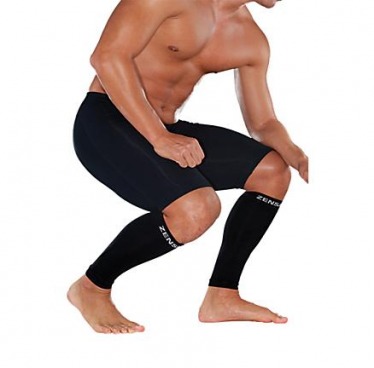 I call it “conk”. It’s just stuff that gets really popular either by marketing or hysteria… two things we have an endless supply of within sport. May be it trends, may be it becomes mainstream, but rarely will it have a solid foundation of evidence or research to justify it’s widespread use. Its like anti-aging cream. You know it can’t work, you can’t anti age you can only age, you know any research will be industry funded and dubiously ambiguous, and you know that a planktopolypeptoid is a made up pseudo-science term for what is probably petroleum based reconstituted industrial waste. But the market will remain huge, as will the marketing.

What really bugs me about conk in sport is not the false expectations. Its not the scant or dodgy research. Its not the cost. Or the over-confident self belief in what amounts to be voodoo claptrap. Funnily enough it is the “time”. Yup plain old time. Time spent worrying about, reading about, purchasing and applying conk. I can’t bear the thought of someone looking for, washing, drying, packing and pulling on their compression calf skins, when they could be doing another strength base exercise, or a mobility drill, or planning a speed session. Its 15 minutes wasted on something that isn’t going to make a difference when you could have been doing 15 minutes more of something that’s proven to make a difference. I know it shouldn’t get to me, but that’s the grumps for you. Take the kinetic tape thing… regardless of whether it works or not (it probably doesn’t), or whether it is a pointless or useful psychological crutch (its both)… it should be beige, or brown, or black, which would roughly match the skin colour that you are applying it to. It should never ever be pink. Where does “garish” fit into a medical model? And come to think of it, how come the manufacturers recommend I attend their taping course to get “certified” to use it, when anyone can buy it on Ebay and strap themselves up like a high court judge on a friday night at the “escapism club”?

Do the basics better and you will improve. Spend time on the fluffy nonsense and all you will do is collect stuff and develop habits… unnecessary ones.

So what was it that pulled my gluteus grumpius this morning? It was this:- 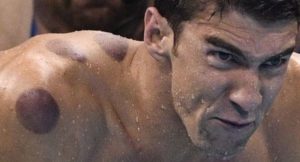 Double figure gold medal winning legend Michael Phelps covered in the latest sports branding… cupping marks. Cupping. CUPPING! Do I even need to go there? The mighty USA Today described this phenomena as, “It might look ridiculous, but athletes are notorious for utilizing whatever recovery methods work”. Whooah… calm down multi-platform news corporation, you got the first bit right, but the bit after the comma is hugely debatable unless you remove the word “work”. Athletes are indeed notorious for using “whatever” when it comes to recovery methods. Recovery takes time, and training and competing can’t wait. That’s a recipe for whatever recovery method is trending at the time, and that pressure creates beliefs and trust in what is perceived to be working. And professional sports folks are just as vulnerable to the fine line between perception and logical reality that we all are… probably more so. They are chasing the “edge”. Or they are being sold it.

If you want me to discuss the pros and considerable cons regarding cupping then by all means ask me about it in the street. Be prepared for some groaning, some rambling about it works if you mean it bruises you but so does a well aimed mallet, more rambling about 700BC ancient Assyrian buffalo horn practices, and a joke at the expense of Gwyneth Paltrow. But its best to ignore me because you are going to see a lot of the little round brandings at this years Olympics, and for a couple of years to come. The reason being is best summed up in a line from another massive media corporation I found today… Dr Samuel Sarmiento from the NBC News Medical Unit states:-

“When it comes to Phelps, whatever he is doing seems to be working – whether it is in his head or not.”

That is the power of “whatever”.

Should you roll with it?
Get your bags out