The word “functional” is all over my web site, my resources, course flyers and even embroidered into my clothes. If I was younger and drunker I’d probably have it tattooed across my back, may be in some form of Sanskrit or Chinese symbols to make me feel more unique… even though it will almost certainly spell “gullible” in that age old inkers private joke.

When we first jumped aboard the functional steam ship some 15 years ago now, it seemed like an exciting word, it seemed right and apt. One word that would cleave through our misconceptions and bad practices. The answer. I studied, travelled, practiced, thought, discussed and soaked it all up. We were a small band of potential mavericks back in those days, standing on the edge of convention. It was genuinely exciting… it still is, but in different ways.

My path was clear… I was to become a Preacher, and you the readers, were to become worshipers at the Altar of Function. I began spreading the word, fuelled by my interpretation of scriptures purchased (occasionally at great cost) from the High Priests at the Temple (small pre-social media internet community). We even had runes and symbols like our staffs of office (white plastic sticks) and strange stars on the floor, which I still leave everywhere.

It was going great until I also realised I had to work for a living. At that point a cold reality set in… how does all this functional stuff really fit in? Not on the videos, the books, the web articles and the toy shop fitness equipment manufacturers education portals… but with a group of 15 year olds in the sports hall, or a disillusioned and de-conditioned girl on her second ACL recon, or the guy who needs to keep his tour card, or myself now reaching that “mind is willing” stage of my own LTAD. As ever we will call this place the Real World.

And then THE BIG BANG. The Functional Revolution. A rapid explosion of everything F. Just as I was beginning to make some sense of it all, us enthusiastic early uptake Old Testament guys were swept aside by a new breed of even more enthusiastic be-vested shouty dudes hopping onto their favourite Bosu lecterns preaching their New Testament. Their balls were called Tornados, and their sticks were bigger than ours and called Vipers. They were tyre-flipping bonkers but boy did folks buy into it.

I had 3 choices, join in, stand fast, or retreat. After a brief dalliance with presenting at a few whooping and hollering conventions I hung up my vest and decided to make a strategic retreat and just crack on with my functioning in the Real World. I’m still there, still relatively sane, and still finding lots to learn.

The biggest challenges are now ones of integration. The revolution created another F-word… fragmentation. You were functional or you weren’t. You were traditional and considered “tired”, or non-traditional and considered “fresh”. I prefer grey thinking rather than black or white. In the Real World, in many cases good folks meet other good folks, start working with a common aim and come up with good stuff… they can be physio’s, S+C, Sport Science, PT, Osteo… doesn’t matter, if a common aim is fuelled by integration, then real good stuff can happen. There is a central tenet that must be in place if integration is to move forward. A realisation that absolutely nobody owns movement, or the best programme, or the best facility or the best article. And as for “best practice”? Integration will keep us discussing that… sometimes arguing, but staying together.

So right now we are being scatter-gunned by the functional word like a 10 year old with a multi-barrel Nerf gun. It’s coming at us from everywhere… it precedes many things. Functional orthoses, functional orthodontic braces, non-operative functional orthopaedic  rehab… that’s just some orthy ones that sound proper. Functional feedback training, functional rebound soles, functional suspension systems (all real) and functional plyo-stabilising ballistics (made up… gonna sneak it on a powerpoint and see if I can get away with it one day just for fun). 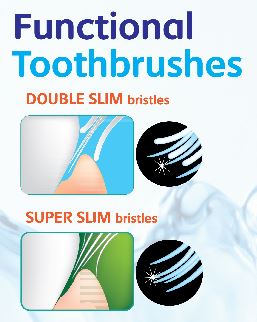 It is tiresome and on many occasions annoying. So much so that I know some S+C folks who on hearing the “functional” word are literally rendered un-functional and go catatonic or get that flesh-eating look. Most of the time I don’t blame them at all… although for others it becomes a permanent “road block” and those never help anybody. Keep all the roads open, and then choose your path wisely… I can still preach, halleluiah.

I often recoil myself on hearing the F word, which is kinda tough because I have to hear it a lot. Because when all is said and done I am “the functional guy”. You know that guy… that one who does the courses, got a website, always going on about functional things… the functional training fella. You know… him. Me.

If you do a few courses on shoulders you eventually become “the shoulder guy”. Post some popular enough stuff on glutes, and you’ll end up “the glute guy”. Of course it’s just words, they don’t define what you really do, but they will be the words that stick. And sticking words are common… the most sticky of them all is Sellotape (read that as Scotch Tape if you have an accent).  I’ve just checked my sellotape on the desk and it’s not Sellotape, but obviously its still sellotape. You know how that works, think Hoover, Frisbee or Astro turf. To be honest trademarks that have become genericized aren’t really a problem. I mean we all know that the definition of Sellotape is a British brand of transparent, cellulose based, multi-purpose, pressure sensitive tape… just don’t go asking for the defined version down your local shop. That’s the problem. Defining generic terms is where confusion comes into play. Particularly if that term is applied to a training “approach” that morphs itself into a “philosophy” and then charges headlong into becoming an “industry”. That is what has happened to “functional training”. The expansion of its directions and diversity will dilute any definition. It’s my most feared question on courses, and I’m supposed to be the functional guy! (note to reader… feel free to ask and watch me run). Is throwing around a Stability Ball full of lead shot “functional training”? I don’t know, it’s contextual I guess. I remain an Old Testament functional fundamentalist, so would favour a “no” vote, but your New Testament guys and girls might holler a “yes”.

So this could be my plan to drop the F word.

The truth is I’m not going to drop the functional word. I never was. I don’t really feel lumbered with it because to me it is just a word. In fact it hasn’t been unkind to me. I’ll still keep using it because it has come to serve a purpose within the area of work that I am involved… and I can do nothing about that. It’s a Sellotape word, and I’m OK about being stuck with it.

Learn how to be injured
Four Feet