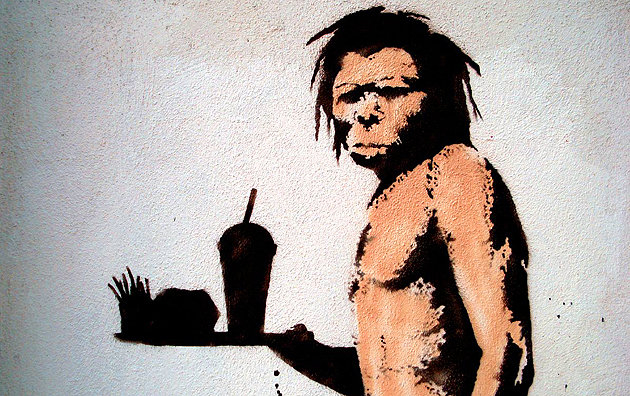 Winter 2006 The World Health Organisation recognise that AIDS, SARS, Bird Flu are not going to be the primary destructive health concerns facing our global population. Obesity with it’s associated medical conditions of type 2 diabetes, glaucoma, high blood pressure, renal failure and vascular disease will claim more lives and present vast financial challenges to even the most affluent nations in the coming decades. It will be 10 years on from this announcement next year. Have things changed?

Well they hadn’t this week whilst I listened to a radio interview with Brighton’s Director of Public Health, Dr Tom Scanlon, where he told us that a single can of fizzy drink would give someone their entire recommended daily intake of sugar. In response to this the Brighton Council were muting the idea of implementing a “Sugar Tax” within their geographical area. Dr Scanlon was hoping that this exercise would “engage the public in a debate” about sugar and weight management in general. If I was on a chair I would have fallen off it… I mean how lame is the whole idea. Not at all apparently as the rest of the day saw this story crop up all over the national media, Oliver was on board, Nicky Campbell’s phone in was lit up, and it turns out Dr Scanlon was right as he got plenty of folks engaged and me writing this blog. He is definitely doing his bit and much respect to him for cheekily, but effectively, stirring the debate up. It’s just that there has got to be a bigger picture. This thing is worldwide. There are league tables and everything. In 2008 the UK won the European League. The most recent tables show that we have slipped to runners-up… which ironically can be seen as an improvement. 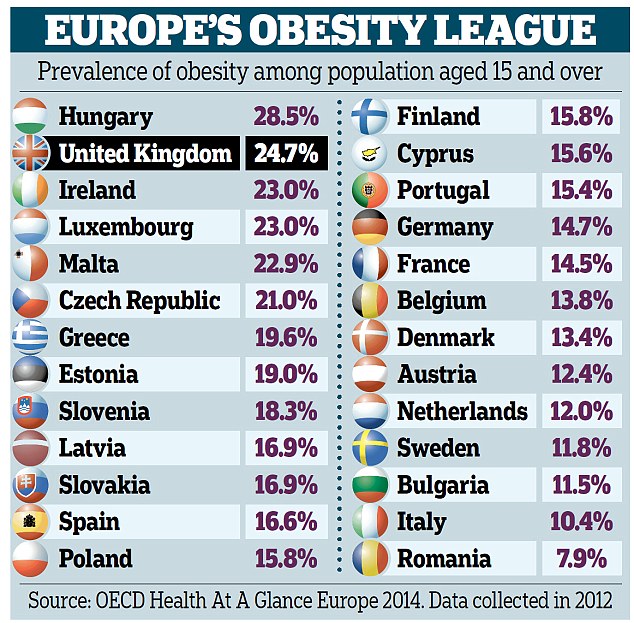 Children are also weighing in with their own attempts to dominate the league tables. Check out those Italians. Their children come in at second from top but into adulthood their espresso fuelled tightly tailored lifestyles drops them to second from bottom. (They smoke a lot though, coming in at 27th on the World Tobacco Consumption League). Graphs, leagues and statistics are always somewhat bendy when it comes to plain truth, but when analysing the “obesometrics” there is one consistent worldwide trend… up. 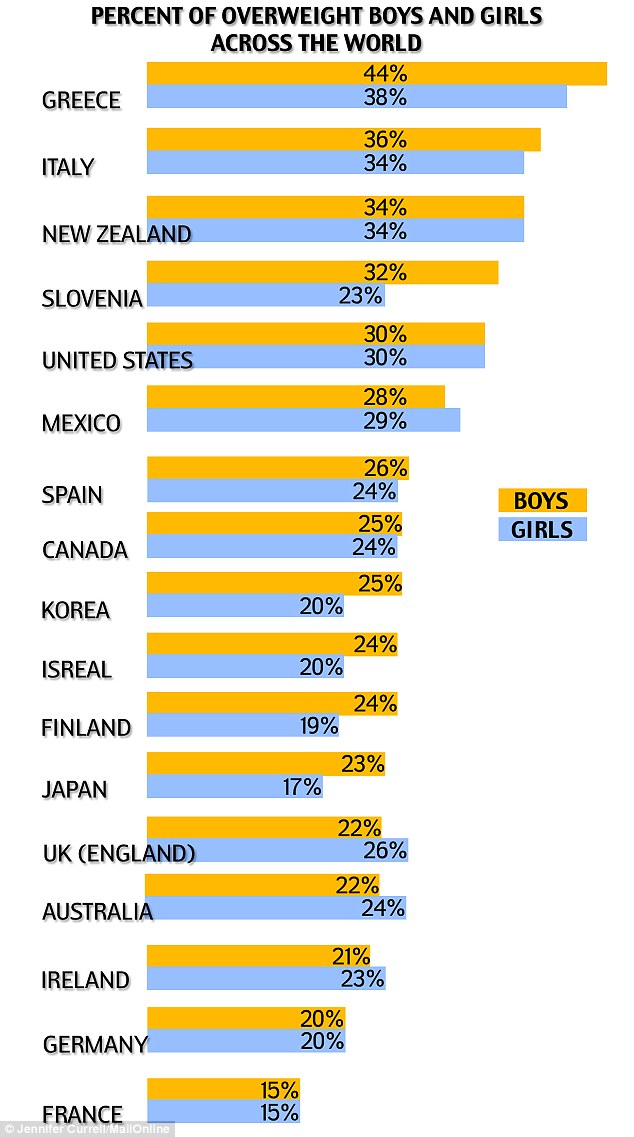 Blame culture dictates that we find something to pin this trend on. Pretty much everyone will go for the usual suspects: tv, the automobile, sedentary jobs, lack of Phys Ed in schools, fast food chains, hydrogenated fats, Turkish delight…with each argument providing more airtime for some experts on daytime TV sofas. These are quite simply the easy targets but they are totally missing the bulls eye. It’s something much bigger than any one of these mere symptoms. We are big, and rapidly getting bigger, because of the big Eezzees… evolution and environment. These are the big guns. You can have your “out-of-town one stop retail parks” fracas, or your “no one walks to school” disagreements …these are just petty squabbles when it comes to taking on evolution and environment. The problem is you will never win an argument with these two guys. You cannot. Evolution and environment make us what we are…they are our Genesis.

But isn’t evolution all about fossils and eras and epochs and sort of imperceptibly slow, and generally found in dusty British Museum cabinets and the Galapagos Islands? Nope, evolution is as reactive and adaptable as that most reactive and adaptable of animals…Homo sapiens. Evolution is in a race it can never win, but one it will never give up. It is chasing the Environment.

Thankfully evolution is the simplest of all the sciences. It has only one rule… “adapt and thrive”. The hominid has been thriving for some 6 million years now. Our best guess is that the current “sapiens” model of the hominid (that’s me and you) has been around for the last 350,000 years. But its all a bit irrelevant really as evolution has no idea what species are, and it certainly has no respect for time. All evolution does is relentlessly stalk the environment. It has to. If it doesn’t then whatever is evolving will not thrive.

Getting back on message, why are we getting fatter? Because we are absolutely brilliant at adapting and subsequently evolving. We are born to evolve (which I bequeath as my cheesy epitaph). We can’t stop evolving, you are doing it right now. It’s a constant linear process that never reaches a climax. But the thing is you are doing it faster than ever before in our extraordinary natural history. A natural history that has become rapidly un-natural. When it comes to adapting to environmental change, in general this process has been pretty slow. Glaciers take hundreds of years to get from the north of the continent to the south, and the average hominid could definitely outrun them. Climate change and temperature swings are not biblical catastrophes, but more likely creeping global certainties. Thousands of years ago our tribal and family groups just went with the flow, followed our prey, moved our shelters, pulled on a few more furs, ate different fruit, adapted. We did this for hundreds of thousands of years, doing a bit of “evolution” when it was needed. Short, squat and hairy with less skin surface area to get cold nearer to the freezing ice caps. Taller, lean and hairless with more skin to cool down closer to the burning tropics. Our form reflected our environment. 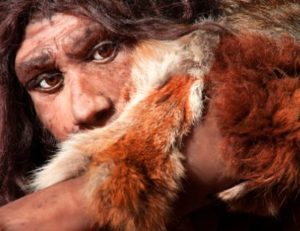 Brilliantly adaptable and ferociously omnivorous we can make fire and clothing to control our body temperature, and we have a digestive system that can eat anything…absolutely anything. If it moves, if it grows above or beneath ground, if it has legs or fins, if it is a fungus or a mould, or an animal or a plant, we can eat it.

It is at this point that we come to the primary reason why we are fat… shovels. The primal agricultural revolution was the biggest cultural and, unbeknown at the time, adaptive evolutionary leap that mankind has ever made. Turn soil over and you bring the good stuff to the top considerably faster than worms can. Put fruit pips, seeds and nuts in this good stuff and find one of the many different ways that “inventive” man has found to put water on this combination and they will grow. Take the results down to the local valley and swap them for some goat-skins and you have a market. Let this market stew for probably no more than 8000 years, which is a blink in our developmental timescale, and it will become an out-of-town hypermarket.

And then damn it we had to be the only animal to absolutely nail language…leave that to stew for a few thousand years and it becomes the internet. Log combustion becomes internal combustion. A hole in your tepee becomes air-conditioning. We have become the most dangerous thing possible to our own species… masters of our environment. But here is the thing, the timescale for these changes has become ever more compressed. For millions of years we were opportunist omnivores, for hundreds of thousands of years we were hunter gatherers, for hundreds of years we have been subsistence farmers physically toiling with our patch, but for only 50 years most of us have become food purchasers. We no longer climb the trees to get to the honey, we reach to the middle shelf were we find it processed and refined so it pours out of user friendly squeezable containers that are unlikely to sting us. This is why we are fat.

Now a brief word on “natural selection”. There has probably always been a broad spread of body shapes and sizes within our global communities. If you were what we consider “obese” and somehow alive 2000 years ago there would be a reason. Perhaps it was because you were an extraordinarily good shot with a bow and arrow, if not you would be slow, and unsuccessful at spear-sticking boar, and you and your family would starve (note to reader…in Botswana and tropical Brazil these rules still apply today). The obesity “tendency” or “fat” gene lived on with these tubby but skillful archers who had the patience to teach their tubby sons how to be good shots…everybody else was skinny and fast. Natural selection relaxes its unforgiving rules when applied to an inventive and adaptable creature such as “sapiens”. The outliers can survive and pass on their outlying genes.

In the last 40 years it has been possible to be both obese and unfit yet still be able to go out and chase down a hamburger. In the last 20 years, if you physically struggle with this task, then it is just as easy to hunt one down with a drive-through technique. In the last 2 years you just need to download an app, make a few thumb movements, and half an hour later your food will be delivered to your door. Both the potential genetic tendency towards being overweight, and the socio-cultural skills that you employ to forage for your food will be passed on to your offspring. This is where “next generation” evolution puts its foot on the throttle and plays catch-up with this bizarre and un-natural environment that we have so rapidly created for ourselves.

We are fat because our species has reached a crescendo of innovation, invention and adaptation in the last 50 years. And we are fat because we are rapidly evolving to match the meager demands of this new but contrived environment. There is only one choice for us as a species if we are to counter this… we need to re-engineer our adaptive “evolution”. It may be counter-productive to look forward into fat-buster pills, techno exercise options, psycho-hormonal counselling etc when we can simply look back at our evolutionary heritage for a potential answer to the obesity crisis. I am not going all “paleo” on you here, but our habitat needs to be more physically demanding, physiologically challenging, and ask more of us as the species we once were. Homo sapiens is struggling to cling on to it’s habitat as it competes with the bigger dominant all-consuming Homo automobilis. Thankfully all of us are in a position to become architects of this new habitat. Here are some simple ideas:

Above all though… and this is the one that is going to smart a bit within certain circles… we need to take responsibility for our own health and fitness and not expect others to do it for us. He’s a good guy, but we all need to man up and put people like Dr Tom Scanlon out of work.

Strong Runner
B of the Bang