B of the Bang

Home / Uncategorized / B of the Bang 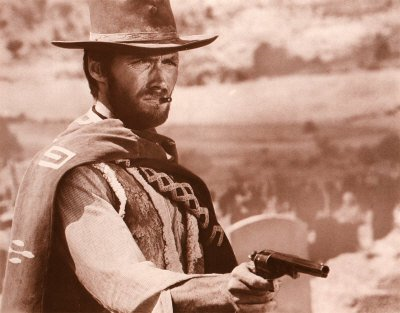 B of the Bang

Are you gunslinger fast? Do you rate yourself when it comes to reaction times? Most of us like to think we are pretty sharp.

We associate fast reactions with elite human performance. Table tennis players, sprint starts, goalkeepers, clay shooting, jet pilots, motor racing… they are “lightening”. In it’s simplest form when discussing “reactions”  we are talking about speed of response to a stimulus. In most sporting contexts this response is expressed in terms of a physical movement with the selection process of eliciting this movement being either sub-conscious (essentially involuntary), or conscious (a decision process took place).

Back in the early days of sports science the psychologists and boffins loved a bit of reaction time research and training. Being scientists they had to come up with some science, and they classified reactions on the nature of the exercises or experiments that they used to test or train them… which I guess makes sense.

In recognition reaction time experiments, there are some stimuli that should be responded to (the ‘memory set’), and others that should elicit no response (the ‘distracter set’). There is still only one correct response. ‘Symbol recognition’ and ‘tone recognition’ are both recognition experiments. i.e. the light can flash red, yellow, green, or blue…if it is red or blue hit the button, if its yellow or green don’t.

In choice reaction time experiments there is more than one choice of response. The user must give a response that corresponds to the stimulus, such as pressing a key corresponding to a letter if the letter appears on the screen. i.e. in our light reaction experiment if the light flashes green you must type in “green” on the key board, if it is red, you must type “red”.

But what does all this mean in the real world of Formula One I hear you scream.  Well there is no doubt that racing driving calls upon all 3 reaction types at the same time… and time and time again. Think of the driver as the Central Processing Unit that is dealing with a bombardment of “action and reaction” stimuli and responding to them at all of the three levels described above:-

Simple: entering the straight you miss third gear, you immediately re-employ third gear. 3 seconds later your shift light comes on and you reactively respond by snatching fourth. One light one reaction.

Recognition: the simple gear change can also become a recognition reaction response. The recognised stimuli can be visual (shift light), aural (engine rev level), or mechanical/proprioreceptive (feeling the car side shift as the rear loses traction.

Choice: you experience a mid corner destabilisation (the reaction stimulus), it could be under-steer, over-steer or slide. A response is elicited, but you have a choice about what form this response takes, and this choice will be dictated by which of the three stimuli you detected e.g. you could make a steering adjustment, brake adjustment or throttle adjustment. You decide (quickly). 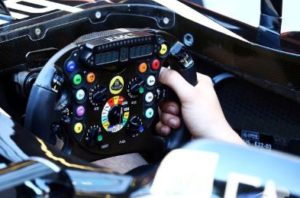 The choice reaction example does introduce a fundamental concept when considering high level human performance. It is well-established “common” theory that fighter pilots and racing drivers should have fast reactions. It is also a correct assumption that these fast reactions will be responding to a multitude of intrinsic, extrinsic and environmental stimuli. However it is the quality of the response that may be more important than the time it took to make it.…sometimes it’s about making the right decision and not just a fast decision. That said, in an ideal world it is best to be both fast and accurate. So these elite performers are probably faster than you, and make better decisions… (don’t get disheartened, there will be stuff they are rubbish at.. like cake icing).

So what exactly influences reaction times? Here’s some more stuff from the scientists:

Personality types can affect reaction speed. Anxious personality types usually test fast. Extrovert types test fast and have proved to be more reaction “trainable”. That said, an anxious extrovert may not be the best psychological profile for a fighter pilot!

Age is always an issue. Reaction time shortens from infancy into the late 20s, then increases slowly until the 50s and 60s, and then lengthens faster as the person gets into their 70s and beyond.

Fatigue plays it’s part. Reaction time gets slower when the subject is fatigued and this deterioration is more marked when the reaction time task is of the more complex choice type rather than the simple. The scientists get all excited about this as the “reactive” and complex nature of sport tends not to change during the full course of a game/race, but the participants fatigue levels will. Resistance to fatigue has been seen to have a direct input in maintaining control of reaction driven fine motor activity as well.

Physical stimulus, or just plain exercise can affect reaction time. You are at your fastest when you are exercising sufficiently to produce a heartrate of 115 beats per minute. A sudden burst of vigorous exercise can improve simple reaction times, and this “facilitation” of faster reactions can last up to 6 minutes after the burst.

Mental stimulus is also a contributing factor. One of the most investigated factors affecting reaction time is “arousal” or “state of attention”, including adding in some muscular tension. Reaction time is fastest with an intermediate level of arousal, and deteriorates when the subject is either too relaxed or just too tense. You need enough stimulus to produce nice burst of adrenaline, but not a flood… its kind of why swimmers slap there backs and faces on the blocks… loosen the goose and a touch of irritant and a heightened state of arousal.

So is your reaction time trainable?

We best find out. We are going to train you. Right now.

Not surprisingly practice helps;  when subjects are new to a reaction time task, their reaction times are less consistent than when they’ve had an adequate amount of practice. Also, if a subject makes an error (like pressing the button before the stimulus is presented), subsequent reaction times are slower, as if the subject is being more cautious.

The two tests we are going to use are found here:

They are both primarily “simple” reaction time tests, but I particularly like the sheep one as it also includes some sound distraction,  and a few fakes from the sheep that will tempt you into false hits. Get practicing for 3 or 4 minutes, establish a baseline average figure for your reactions,  then we will crack on. 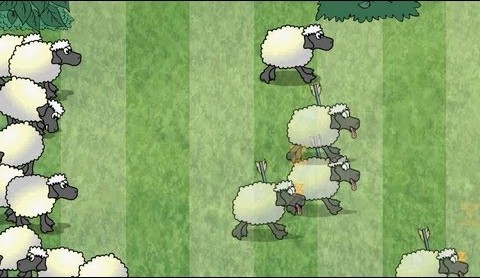 OK… now we are going to see if we can influence your times, hopefully for the better, but don’t freak if they don’t improve… always remember the tortoise beat the hare.

So now stand up and do 10 easyish squats and then run on the spot for exactly 30 seconds, in that order. Then retest. You should be a fraction faster.

Next up… aggression. Stand up and visualize someone who particularly annoys you in front of you (perhaps Simon Cowell, or Bono). Now punch them in the face really hard, 5 or 6 times. Whip the punches in, clench your fists and teeth and howl. Go for it. Hurt them. Take Bono down. Then retest. You should be faster.

Now remain sitting. Shut your eyes (actually don’t… read this first then shut them). I am going to give you a visualization. See the word FAST. See it written in big red letters. Drop your shoulders, breathe, exhale and say to yourself “I am lightening fast” a few times. Finally visualize a bolt of lightening streaking across the word fast… stay calm, breathe slowly and perform the test with quite focus. Zap!

Finally a wild card… we are going to put you under physical duress and see how you cope with the test. Stand up, stand on one leg, dip down a bit so you are balancing on a bent knee… hold the balance and perform the test. You may be surprised.

To be honest we may not really have “trained” you but we will have influenced your times. In the all encompassing world of sports preparation, reaction time training is a regular part of the quest for “marginal gains”. Expensive equipment such as Batak training boards and the impressive sounding Wayne Saccadic Fixator are used and cross referenced with spatial awareness and fatigue. It’s still sports science at its best. 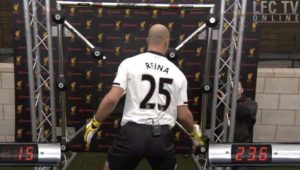 So where’s the hook… after all this is a blog. Well there could be more to reaction time training than just the elite sports benefits. Those same scientists are also telling us that working on our reactions contributes to our general well being/health. Some in a Texas college have found that a few minutes on the mouse button can create a beneficial fight/flight type hormonal response that gives us a wee tickle of adrenaline, testosterone and then cortisol suppressors that mimic the post exercise high… particularly if you get faster during a session. Those involved in the “brain training” research community have suggested that we can achieve dopamine and serotonin release and perhaps even neuroplasticity changes via blending reaction time training with cognitive training techniques. Basically good brain stuff. And a group at Edinburgh University concluded that folks with slower reaction times were in a higher risk category for heart attack (scary… bet the Daily Mail loved that one).

What most of the scientists agree is that when it comes to reaction times… you use them or lose them. Oddly enough they even agree on a timescale, suggesting that if you haven’t revved yourself up with some  dedicated reaction time training over a 3 week period then you will be measurably slower than you were before your lay off.

I recommend you have a session every month, and if you are at work and the boss catches you on the old Sheep Dash… hold your nerve and just declare that you are supporting your occupational productivity by maintaining your ninja like reflexes and brain health. Baaaaa.