I Have A Syndrome

Home / Uncategorized / I Have A Syndrome 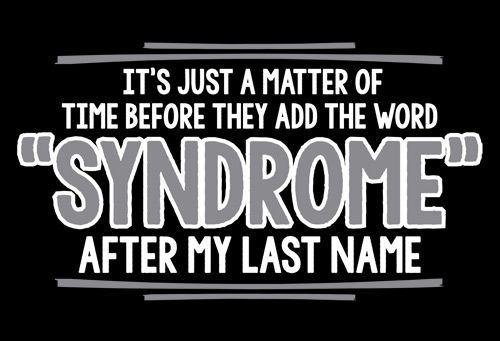 I Have A Syndrome

I decided this weekend that I needed a syndrome. I don’t mean that I should start shouting rude words on buses or develop something ferociously sore on a bony bit of my body. I have the utmost sympathy for any currently recognised syndrome sufferer, but I wanted a new one. What I really mean is that I wanted to invent one… or more accurately I am at that stage of my career where I should be “identifying” one. I could then talk about it a lot, which could pad out a few lectures and provide the hook for a new blog.

If you identify a syndrome you also get a chance to name it. For example you may know that De Quervain has his own syndrome, which is a tendonitis at the base of the thumb… the rather nasty and persistent “De Quervains Tenosynovitis” (DQT… abbreviation of syndromes is mandatory). But what about the man himself? Well Fritz de Quervain was a Swiss surgeon who died in 1940 and was the author of Spezielle chirurgische Diagnostik, a best-selling medical textbook of its day… but probably not on Kindle. He actually was going to call his syndrome “Washer Womans Sprain”, but eventually succumbed to professional vanity and gave it his name. Here is Fritz below. 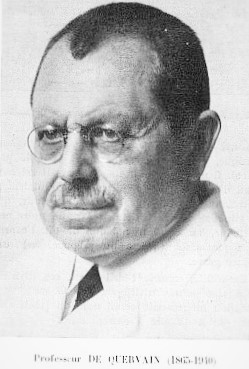 More recently DQT has gone through a crude and colloquial rebranding as “Blackberry Thumb”… which is only ever going to be temporary as everyone knows that the Blackberry is soon to be a rare or extinct fruit. Interestingly the naming of a syndrome can often lead to a cascade of offshoot further naming opportunities. For example if you are a therapist or hypochondriac, you may have done this maneuver below to diagnose DQT, and many of you will have called it Finkelstein’s Test after the surgeon Harry Finkelstein. Here is an example of the test procedure below from The American College of Rheumatology. 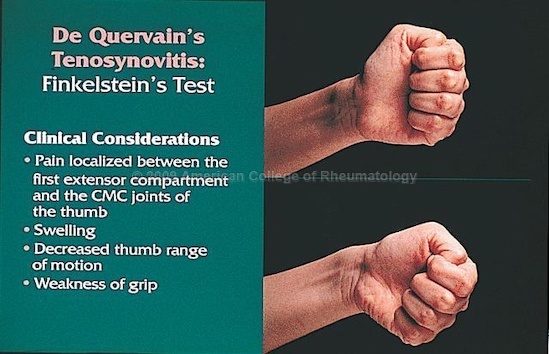 So what have we learned so far;

Let’s take a wee break and have a syndrome quiz. 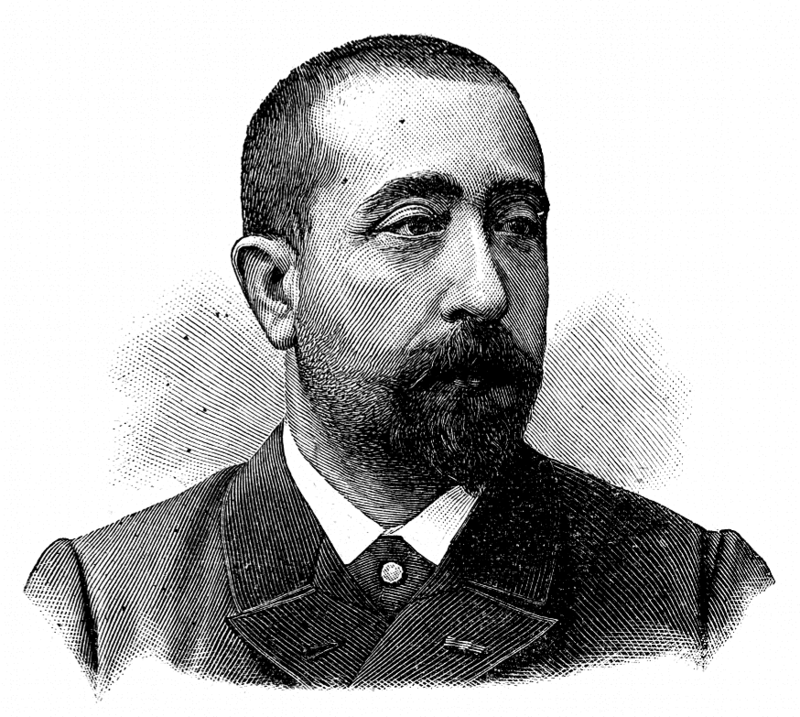 That’s right… Georges Albert Édouard Brutus Gilles de la Tourette, a French physician who published Study of a Nervous Affliction in 1885. He studied 9 patients in just one hospital, but I am guessing that his Tourette’s Syndrome is one of the most well known, and frequently crops up in everyday non-medical conversation. 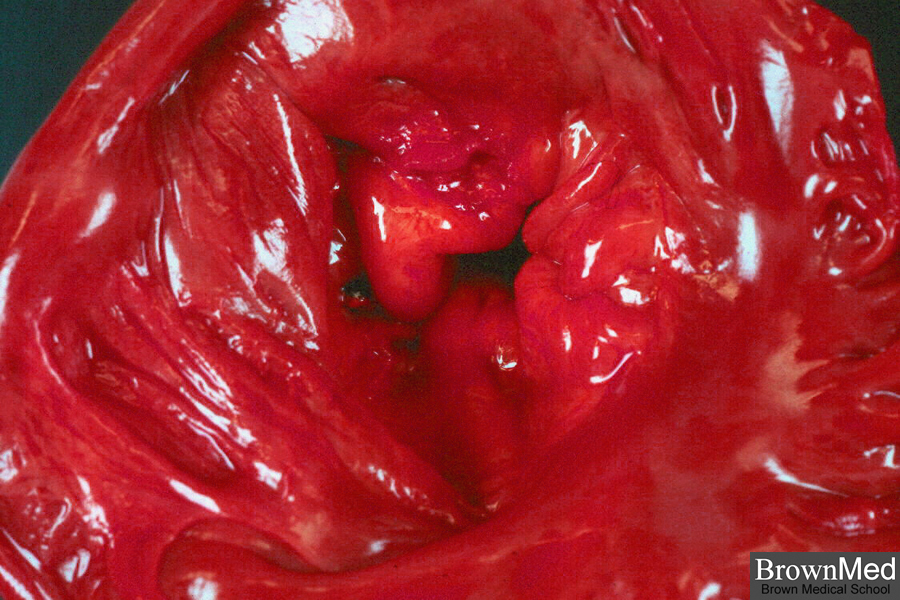 Great spot… that is indeed “Floppy Valve Syndrome” and the valve defects you correctly identified are honestly called “Billowing Leaflets” by cardiac surgeons. You gotta love a bit of flowery medicine jargon.

And finally what is the common name for Trimethylaminuria. This picture may help. 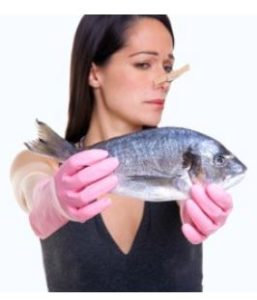 Bang on… “Fish Odour Syndrome”. A rare genetic metabolic disorder that renders the body incapable of digesting trimethylamine, which then builds up within the skin, sweat and urine and unfortunately releases a strong smell of fish.

I guess none of the above are that much fun if you suffer from them to be fair, but like it or not syndromes are common. It is almost a complete certainty that if you are old enough to be reading this, then you will already have suffered from some form of identifiable syndrome at some stage of your life, or still do… or will. Feel better?

Anyway… bottom line is that all the above has been a warm-up to introducing a newly identified syndrome by me. I weighed up the pros and cons of going “namesake” and calling it Wood Syndrome, but first off I thought it sounded a bit like another name for Priapism. If you are not down with that then “Wik” it… or should I say middle wik it. Then I discovered that Wood Syndrome already exists as a rare clinical entity including as its main characteristics anophthalmia or severe microphthalmia… two things that sound best avoided. I guess it’s a common name, already taken, can’t be done. So I have decided to go for a descriptive name, and the rules there are clear… it has to be comfortably accessible in its abbreviated form.

My syndrome, therefore, is called… TOSS.

TOSS stands for Technique Overload Sports Syndrome. This syndrome has become apparent to me over the last few years particularly whilst working with my “summer” client caseload. By apparent I don’t mean some kind of “vision”… I just kind of realised it. Now I know you may be thinking that is a weak premise to base a syndrome upon, but please remember our most commonly quoted syndrome above was based on an even smaller and less diverse cohort. And anyway I don’t want to start arguing the TOSS.

My manor in coastal Norfolk is a bit of a summer playground for folks. Lots of tennis, golf, water sports, cycling etc, and mature athletes getting inspired to get back into their sports with great enthusiasm. Then they come and see me. A pattern emerges, and one I suspect that is not confined to Norfolk, or indeed one particular sport, but it does tend to be seen most within this mature athlete age group… lets say the over 40’s.

A TOSS sufferer has a typical back history and recognisable presentation, and I will try and summarise that for you using the sport of tennis as my example.

I have actually left out the syndrome defining aspect of a TOSS history… which is “technique”. Remember these clients come with a back history of being half decent, a bit of coaching and know the game. Kind of handy on their return to the sport, but ultimately their downfall. They bring with them a package of refined technique that granted may initially be somewhat rusty, but will quickly come up to speed and competence. I don’t want to go into the definition and developmental biomechanics of what exactly technique is, but lets just say that as a young person you laid down your fundamental motor programmes and then through your motor learning experiences, coaching and experimentation refined many patterns into sport specific technique. So basically if you were a tennis player, you banked the motor programme (technique) for a wicked whipped cross court forehand, and chances are you still own it. Refined motor programmes are sticky, they hang around in the brain…. its like riding a bike. It is by evolutionary design and not chance. A few centuries ago if you practiced and developed a decent spear throwing technique then you had means of feeding the family. If every time you chanced upon a particularly careless moose and the act of spear throwing was an unrehearsed first time event, then I am afraid it would be root soup again. Shut your eyes right now and visualise yourself doing a cartwheel on the lawn, because at some stage I bet you were not bad at them. Your approach, your first hand down, stiff arm, body levered up, next hand engages, levers over, lead leg extends, foot finds floor and you pop up onto your feet. It will be something like that… you can see and almost feel that chain reaction of movement. That’s your motor programme for cartwheel technique, and for most of us a couple of practice runs fuelled by a couple of sherries will bring it back to the garden.

A TOSS sufferer has tons of technique that they soon rediscover and eagerly apply. The timing comes back, the body positioning, reach, and sequencing. The service action powers up, that deadly cross court drive, the lunging half volley, the stiff wristed net punch. The “reading” of the game is still there as well, you “see” your way to the ball, you anticipate and your motor programmes fire you into those actions that are surprisingly still spontaneous. There are inevitable end products, i.e. the distal segment (racket) starts moving rapidly with force and momentum… and here’s the problem, there is something in the way of the racket and the brain… your body.

Of course that body has been somewhat neglected and spent some considerable time on a sabbatical. The technique “software” has been rebooted, but the hardware is more Sinclair ZX Spectrum than Apple Mac.

Technique will drive the TOSS athlete into producing high levels of speed, power, joint torque, muscular repetition and tendon loads, and mix that with the magic dust that is “competition”, and potential structural stress levels can be exceeded and injury occurs.

Strength is the fabric that binds together athletic performance. You need it to decelerate that racket, that lunge, that sprint to the net… and then you need to do it again. It underpins stability and governs mobility. Strength is the fuel that is burned up by technique. TOSS athletes are running on empty. Basic foundation strength has both been unnecessary and neglected in their “fallow” years. Technique doesn’t respect this… it just goes for it. The prevention and cure are a simple medicine. If you develop a TOSS condition then you need to be stronger. Perhaps I should drop one of my S’s and change it to TOS… Technique Over-coming Strength.

Ironically, I feel a lot better now that I have a syndrome.