My favourite doctor of all time was “Bones” McCoy from Star Trek. He was just so gloriously grumpy and reluctantly empathetic. You may have met similar doctors yourself. Of course he is part of science fiction folklore, as was the medicine he practiced. We can all play the Star Trek science game and marvel about how much of its show cased “tech” is now fact and not fiction… including Bones scanner devices and even his hissing hypo syringe. But what if we play the game further and look ahead into what everyday medicine will look like in the coming decades. We are now comfortably cruising into a new millennium, and we can guarantee that medical advancement is going to accelerate and we will see remarkable changes and innovations in medical practice over the next century. The “pipeline” innovations that we will see in the next 5 to 10 years are probably easy to predict, but what will the face of medicine look like in 50 or 100 years time? Antiseptics, antibiotics, vaccination, transfusion…words that meant little or nothing 150 years ago are just basic fundamentals of your own medical vocabulary now. Medical docs and soaps almost outnumber the endless cookery programmes on the tv schedule. So I am going to have a pitch at the world of health myself and go all science fiction on you. Some of these are predictions, others are already happening on the fringes of medical delivery.

Your house will be fitted with  a DI… a “domestic interface” (we call them PC’s now). It will contain an industry standard “med-unit”, and if we still need modems it will chat away with that. You will go on-line to conference with your G.P., place both wrists within the units hand-cuff like receptors, and your G.P. will have instant diagnostics of temperature, pulse, blood-pressure, ECG, sweat analysis. Open-wide and the mini-cam will zoom onto your tonsils, or less accessible orifices if necessary. Of course where medically indicated, urine-analysis and blood count units will be measured for ongoing investigations. There will be no receptionist to get past, but an actual face to face visit with the G.P. will still be a rare occurrence in the coming 2050s. 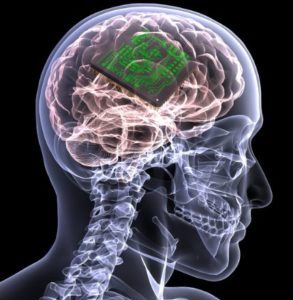 The synergy of man and microprocessor will be seen as micro-implantation becomes commonplace. If you are part of the right healthcare system in early adulthood you will be implanted with 3 diagnostic micro-machines…one at the hypothalamus in the brain, one collaring a major artery, and one at the adrenal glands by a kidney. More complex instant diagnostics will now be available online as the microprocessors send their signals to your “domestic interface”. Implants in the future will be something to be proud of, a sort of status symbol. The right companies will offer implants to the right people, just as they offer BMW’s now. Early, and infallibly accurate, diagnostics will be one of the cornerstones of future medical marketing success.

Full genetic screening will be available before, or after, birth, according to your ethical standpoint and your financial ability to purchase an “ethical waiver”. Our genetic predispositions to certain medical conditions will be noted, and strategies to combat these will be implemented early. Recognition of future physical and intellectual traits will also be noted, and in some cases may appear on the newborns C.V. in later years. We may find ourselves discussing our children’s genetic scores… I really hope not, but for some it will be irresistible.

The Evidence Based revolution sees a new found trust in all things researched, developed and proven by the techno-industries. We will see the popularization of new techno-therapists. Not holistic, alternative or complimentary, but “big science”.  One example of these will be the “Nutrologists”, who will optimize your diet by identifying your own particular digestive systems traits and failings. On a visit to the Nutrology clinic, you will swallow a micro-diagnostic capsule within a meal sized mass of neutral cellulose matter, impregnated with a controlled amount of carbohydrate, protein and fat. The Nutrologist, and his impressive scanner, will track this device on its journey through your digestive system, taking regular diagnostic readings upon which he will base his no doubt expensive and exclusively available diet. Your “waste” analysis unit, fitted in your toilet, will analyze your fecal matter, network the results to your DI, and back to your Nutrologist, who will adjust your diet accordingly. No stool will be left unturned. 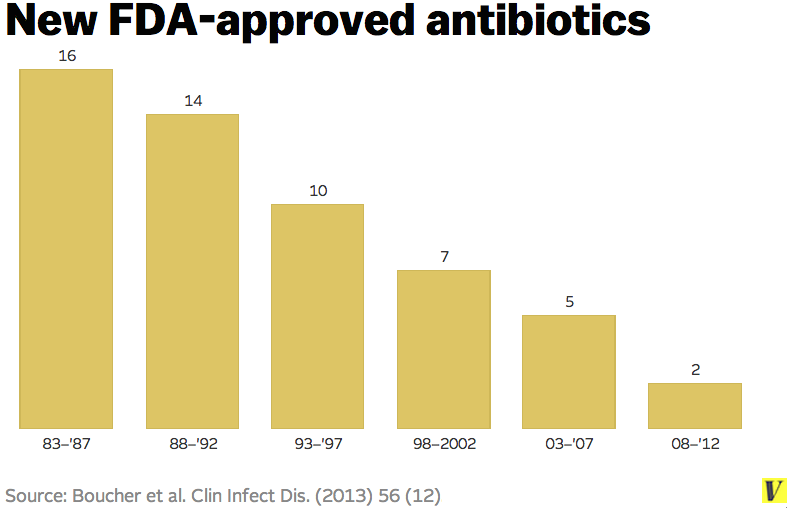 Weight for weight the most valuable commodity on earth in 2050 will be an effective anti-biotic. The pharmaceutical conglomerates will spend millions in the competition to develop effective anti-biotics, and will make even more millions if they are successful. The release of a new anti-biotic will be hyped like a Speilberg movie is now. The medical trials will be given media coverage almost like we give to a major sporting series now, and release dates will be etched into our minds by constant advertising and pre-merchandising. A successful anti-biotic cannot fail to make billions for its producers and investors, however it’s use will be strictly policed by the Worldwide Bureau of Medication. The use of anti-biotics will be licensed, monitored and controlled far more closely than the use of illicit drugs are now. The huge manpower and resources of the “W.B.M” will ensure that the vulnerable clinical “shelf-life” of anti-biotics, and the new anti-virals, will be prolonged by controlled supply, strict rotation of products, huge penalties for misuse, and massive research into bacterial and viral resistance. In the next century Germ Warfare will take on another meaning, as we fight against the germ and not with it.

But of course the big one for me is going to be our physical health. What will our physical health strategies be in 2050? For a start “physical health” is a rubbish phrase. It’s just health. Partitioning off  physical health makes this seem an option… or as many folks seem to think “optional”. The decline in our species physicality, particularly within “developed” societies, will reach the critical overload point for the health services that try and respond to the myriad of medical conditions that arise due to profound inactivity. My rough tri-corder calculations suggest this will happen in the second week of January 2032 (put that in your diary). This tipping point is irreversible. Demand outstrips resources… it’s a simple equation, but on a global scale. So physical health ceases to be optional, but becomes mandatory, measured, policed and inversely taxed. If you don’t exercise you pay more. Remember you are chipped. The “state” knows what you are doing. Your post exercise hormone and lactate levels, heart rates over time, blood sugar levels and other exercise markers are measurable. Do the exercise and you get the tax relief. Simple.

By 2050, just like Sir Robert Peel two centuries before, a guy called Sir Robert Wood will have left his own legacy of law enforcers… they will be called MP’s. But not military police, these are the Movement Police. These guys will keep you moving. It’s their job. It’s the law. If you are in town and not walking quick enough then expect a wee tickle from one of their “motivationators” (think mild cattle prod). If you are in Starbucks for more than your 20 min allocation then you will be moved on. If you are in the bakers a passing MP has the right to video-capture the 15 squats all citizens have to do in front of the sales staff per donut purchased. If the form and speed of the exercise, or the cortical response in your micro chips, has deteriorated since your last squat video, then you will receive the equivalent of a speeding fine (health tax), and may be called in for some “restorative training” down at the health centre. And health centres will be just that… places to go to get healthy, not places to go when you have become unhealthy. And in 2050 the MP’s will make sure you are hand-print scannered in the statutory 3 times a week to work on your “bio-signature” (tax code).

Compulsory Exercise no. 32 “Photocopier Press Up”

That’s the moral on this one. We have left behind a century in which we learned how to replace hearts, and travel to the moon. But it was also a century in which generations of our population turned their back on their own physicality. It has to change. Morbid inactivity is just existing and not living. As Bones told his captain… “Its life Jim, but not as we know it”.