You may have come across Professor David Nutt in the news. He is one of those people who are often described as having a “colourful career”. He certainly has a colourful job title as he is pretty much the most well known Neuropsychopharmacologist out there. Next time I am on a tea time game-show and inevitably get asked about my job, I am going to blag it with Neuropsychopharmacologist. I have no idea what the proffs nickname is, but considering his field of work it has to be “Nutty” doesn’t it. He’s been in an ecstasy controversy, an alcosynth one, sacked by the Home Secretary, took a rational line on assessing how damaging a drug is to society rather than just how seemingly addictive it is, sparked plenty of radio phone-ins with his stance on cannabis, and is currently the President of the European Brain Council…. go Nutty.

Back in 2007 he and his colleagues were published in The Lancet with an article ranking the most addictive substances known. There have been similar studies so I will give you a “mean” top five substances.

The usual suspects. On looking around I found plenty of top tens, and even a top 17 (which was odd). I found out that according to the US 2014 Survey on Drug Use and Health, if you add crystal meth to our top 5 then there is a minimum of 21 million Americans battling substance abuse disorder.  To put that into context that’s like the whole population of Belgium, Switzerland and Denmark… all hooked.

I didn’t find “exercise” on any of the lists. Which is odd, because the phrase “addicted to exercise”, or claiming you are an exercise addict is extremely common. If you stroll down the high street wearing a T shirt with the slogan Methadone Addict, you might raise a few eyebrows. However it took me 0.31 seconds on a Google search to find various versions of addicted to exercise T shirts. I presume they only come in “muscle fit” sizing and spray tan resistant fabric.

Well we would all have to agree exactly what this thing addiction really is… which trust me the academics bicker over constantly. However when you research definitions, and position statements and simple opinions, one word crops up more than others… control… or more specifically, loss of control. Through frequency of use you no longer have control over taking, using or DOING something to the point where it could be harmful for you. The “doing” word fits into our exercise addiction theory.

You are now expecting me to bang on about Endorphin… the “heroin hormone”, “gym juice”, the runners high, exercise induced euphoria. But to be honest you already know about that. We should spend more time discussing lipid-soluble anandamide and endocannabinoids and GABAergic neurons, but thankfully a big gang of German Scientists (Johannes Fuss et al)  have done that for us. It’s a tough read but they actually did run mice on mouse wheels… that’s just classic boffin work right there.  They got some good evidence on the production of the hormoney stuff in a runners high, but they conceded that “euphoria cannot be studied in mouse models”. Personally, however subjective the state of euphoria is, I absolutely love the image of a euphoric mouse towelling itself down and fist pumping its training buddy after a hard session on the wheel. 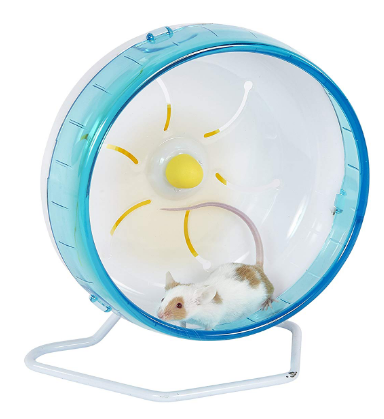 Your problem with the exercise high thing is that it’s not just an exercise thing. If you successfully run away from a lion you will experience an exercise induced high. It is doubtful that you will go and find another lion to parade in front of soon though. Running away from lions is not habit forming. I know many of you will be thinking that “extreme sports” are a representation of Lion Tag… but they aren’t in terms of peril, death or injury. Extreme sports enthusiasts generally take calculated skills-driven risks and statistically are in far less danger than those who participate in horse-riding… which is statistically bonkers dangerous. Funnily enough this is a point our friend Prof Nutt made when comparing the risks of cannabis use with horse-riding… something he got in a lot of hot water for… typical Nutty.

Successfully riding a horse will give you an induced high, as will completing an exam, or a level on Call of Fifa Black Ops, or winning an argument, or gambling. Lots of things stimulate the same hormonal cascade that gives us a sense of well being, elation and potential euphoria. So are we now in the realms of other social addictions such as Sex Addiction and Gambling Addiction? Well we probably are if an urge to exercise becomes perceived as a need, and meeting this need becomes so frequent that it becomes a dominant behaviour pattern, and other social relationships, work, family and the athletes own health begin to suffer under the weight of the dominant exercise driven behaviour pattern. The obsessed athlete begins to ascribe too much importance to the role exercise plays in their life, and their perception of this becomes irrational, particularly if it is questioned by another party. And don’t think this is about time. Professional athletes may spend hours a day exercising, but may not show any addictive characteristics. Their norms and values shift, and although I can find no research evidence to back this up, I would suggest that their emotional attitude to the long training hours  would be somewhat “flatter” than the typical exercise “junkie”. The pro’s need PB’s and competition to fire up their juices, the junkies may only need 45 minutes, but it needs to be every day. EVERY DAY. It is a behavioural constant that must be met or there will be consequences.

The most destructive of the consequences of not meeting the need is a feeling of “guilt” liberally scattered with a dose of disappointment. I know you are thinking how can missing one 45 min exercise session do this, but you have to consider that these folks have a completely unrealistic interpretation of what exercise means within a healthy and emotionally sound lifestyle. Guilt, disappointment and anxiety are stressors, and associated with a very unwelcome bunch of brain hormones… such as cortisols and unnecessary adrenaline.

Right now a percentage of readers will be thinking “is he talking about me”? Not surprising because if you read my blog then you are likely to have a healthy interest in exercise, and some of you will do a lot of it. You can put your mind at rest, and pack away some of those hyper-awareness hormones because it is almost certain that you are not a bona fide exercise addict. And here’s the reasons why:-

And there it is. An obsessive and uncontrollable compulsion to exercise is normally associated with other behavioural abnormalities and personality traits. These people are also highly likely to suffer from eating disorders, body image issues, reckless urge traits, and of course other behavioural and substance dependencies and addictions. To fulfil the physically and socially demanding requirements of an exercise compulsion these folks are truly focused … but not in a good way. The “order” that they see in their need to exercise becomes disorder when observed rationally. However, more crucially, they have developed a hyper-dependency on their “reward system”. Yup the good old reward system that us humans seem to chase down and use to keep us aware and fulfilled. 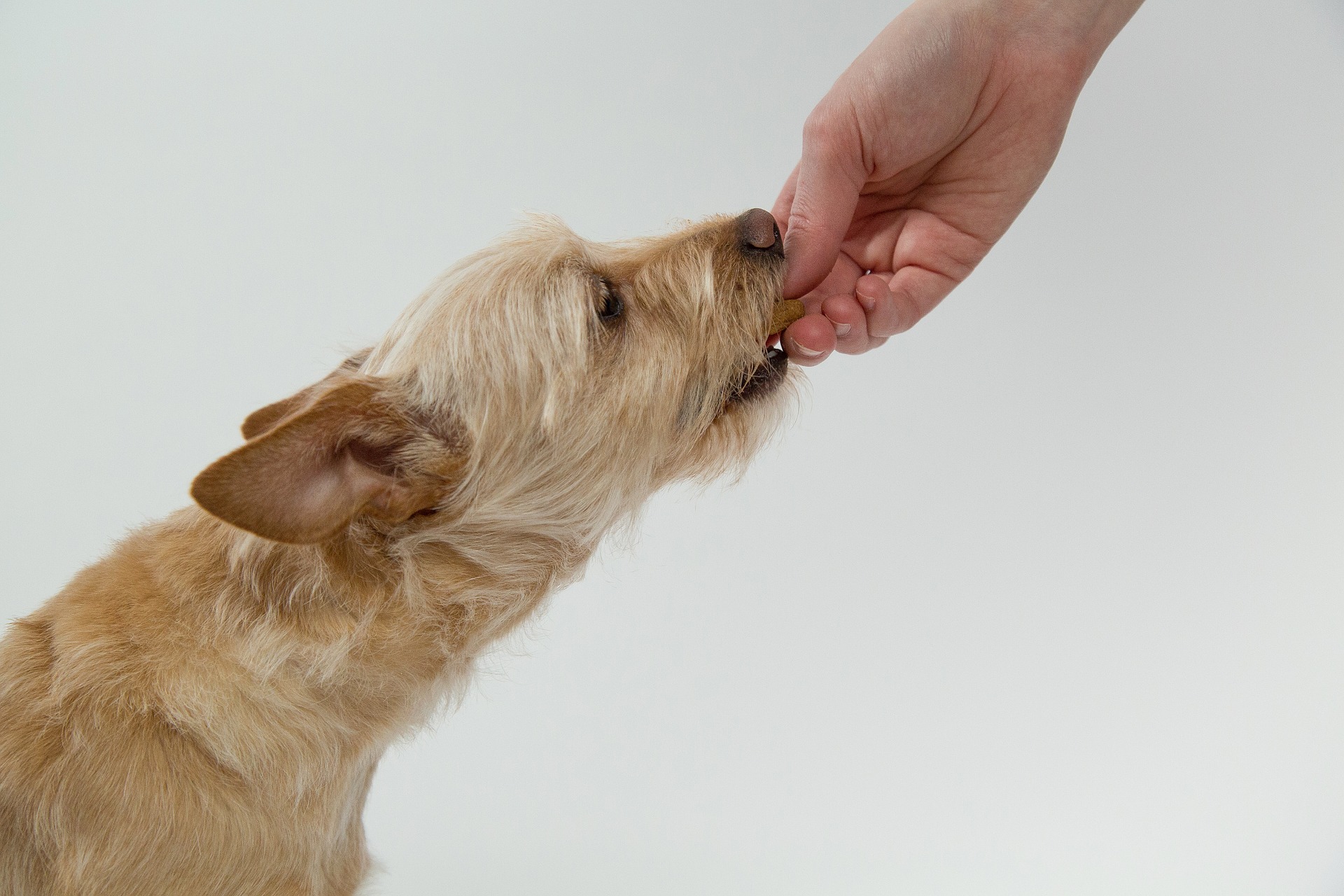 Here’s our guy Professor Nutt discussing it… “An addictive drug is defined as both rewarding and reinforcing – that means it triggers the brain’s reward system, giving pleasure and a sense of accomplishment or wholeness. It also creates a feedback loop that means the person is more likely to continue to use the substance due to the sense of reward. While this system in the brain works well when a person successfully applies for a job, for example, or exercises a healthy amount, the system can reinforce damaging behaviours…”

Some top brain boffing there till it comes to the” healthy amount” bit. One persons too much could be another persons norm. Granted some exercise “addicts” could push it too far in terms of volume, but it’s not really about the volume, it’s about their irrational perception of the need.

Most of us should be physically going after our reward system, and preferably on a regular basis. That’s what you’re doing when you turn up at the long ride on Sunday mornings, or down at the Body Pump class on Thursday nights. And for the vast majority of you it is NOT a problem. You are not dependent on it. You may be exasperatingly keen and utterly committed, but not dependent. It is not a damaging behaviour. So crack on.